A review of the “Adventures in Clean” event

Over the May bank holiday weekend I attended “Adventures in Clean” and thought it was worth writing up.

Why I attended
I really wanted to go because it featured what I view as some of the rockstars of the Clean world:

I’ve done Systemic Modelling with Caitlin and Marian but I’d never worked with Penny and James, and had relatively little exposure to Symbolic Modelling. 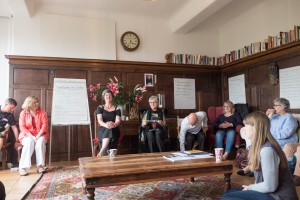 Marian, Caitlin, Penny and James – waiting for us to pay attention

The Setup
All the facilitators knew each other, and had worked closely with each other and with David Grove, but in recent years they’ve all been off doing their own thing. They wanted to hold an event where they could see each other in action, understand how each other now worked, and generally cross-fertilise.

The attendees not only got to witness this, we got to be the clients, and we got to interrogate the faciliators in as much detail anyone we wanted about anything we wanted.

What Happened
The format changed day-to-day over the 3 days depending on what we wanted, but the bulk of it followed this pattern:

You could tell we were getting fairly raw stuff because quite often after a bit of thought the faciliator would give a response along the lines of “Yes, that’s not strictly Clean but in this context, I did X” or “I could have done X, Y, or Z, and it didn’t really matter what so I just did Y”.

Over the event each attendee got multiple opportunities to be facilitated in the form they wanted. Quite a number of people had significant personal transformations.

Outcomes
At the beginning we were asked to express what proportion of self development work we wanted to do Vs how much learning about the process. I was 25% personal and 75% learning, but a lot of people were there more for their own development. They made the right choice because the resources available were immense. Every clean therapeutic technique was available for the asking.

We also got help modelling the modellers. The people who modelled David Grove were not only teaching us what they do, they taught us how to model them doing it. At various points my head exploded and I got very patient help in not only contextualising everything but also in how to phrase my question in way that would get the best response.

At the start of Sunday I stuck my hand up to express a concern that my background was mainly in Systemic Modelling so I was feeling a little bit out of my depth with Symbolic Modelling. In addition, I was concerned I couldn’t quite grasp all the detail that was involved in tracking a Symbolic Clean session. So in the afternoon I got to do a symbolic modelling therapy session with a lovely volunteer and a faciliator next to me catching me when I stumbled – real life stuff with a safety net.

Thoughts
I don’t know any other field where the top people would get together for over 3 days and not only freely give of their expertise in live demonstrations but pass clients between them in such an egoless fashion with only the client’s interests in mind.

For those of you who have done the Outlook or Essence courses… imagine being able to ask Tony or Menis and ask them what their thought processes are. And get as much time as you might need on your own issues. And get them to explain how their way of working fits with other people’s.

Should you go?
I understand there are plans to run this event again in 2016. I hope to be there!

If you’ve got Clean Language experience and want the opportunity to watch experts at work, you should attend.

In opinion this is not a beginners Clean event. Do make sure you have a solid grounding in Clean or it’ll be like being given a place in a Formula 1 event when you’ve never raced before, ever. You’ll be overwhelmed.

What I wish I’d done 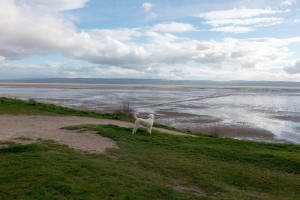 Disclaimer
Caitlin has done a number of engagements at our company, which is where my Systemic Modelling background comes from. Our dogs are related. She doesn’t know I’m writing this review.